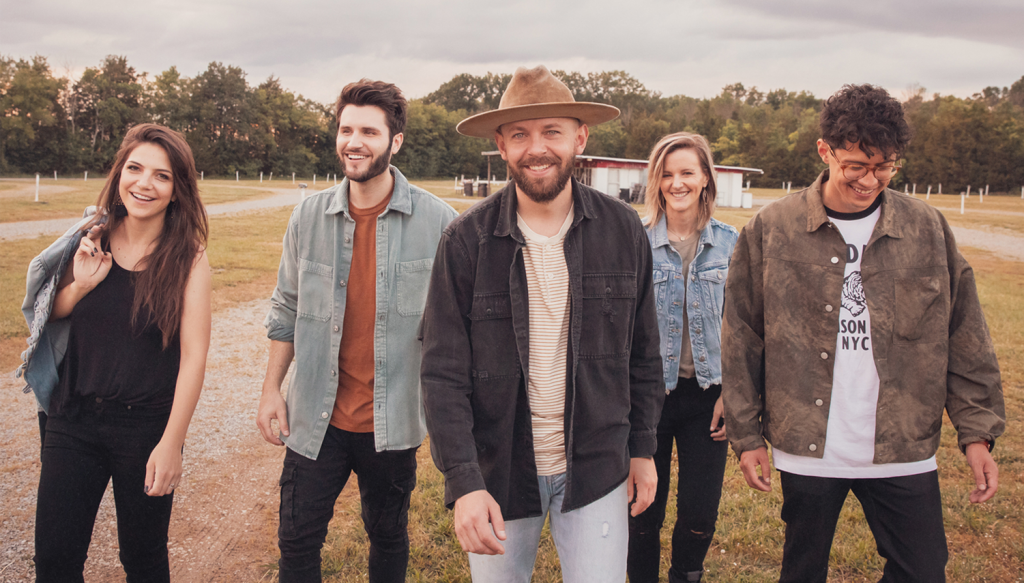 (Photo courtesy of I Am They)

I Am They: Band’s ‘different’ story connects with fans

The origin story of Christian band I Am They reads a little different from that of most artists, but it’s a story only God could have written, band members believe.

Singer and guitarist Matt Hein and bandmates Abbie Parker (vocals), Brandon Chase (vocals, guitar), Justin Shinn (piano) and Nicole Hickman (drums) first got together in 2011 for one night of worship. They weren’t a group of friends who played for fun in their garage and then started doing concerts.

“We kind of have a little bit of a different story in that God picked us from different churches from different areas and has pieced our band together to be I Am They. I think it was absolutely on purpose,” Hein said.

At that time, Hein had worked for the State of Nevada for more than 10 years. He bought a house and could have retired at a young age. Life was comfortable.

“God found me in my comfort and said, ‘You look a little too comfortable. How about we grow some of that faith?’” Hein remembered.

Hein, who was expecting his first child with his wife, Tori, questioned whether God was seriously leading him to quit his day job.

“It was tough — definitely the biggest challenge for my faith [then] and has continued to be,” Hein admitted. “The Bible says that without faith it’s impossible to please God. Faith comes a lot of times through sacrifice. Sometimes people are saying, ‘Follow the thing you’re best at and most prepared for — that you feel you’re built for. That’s how you find God’s will.’”

That one-night show eventually led to record deals and tours, but the band members had to get to know each other first, which wasn’t always easy. They also had no idea what they were doing and what they were getting themselves into individually and collectively.

It was a hard lesson to learn.

“I think there was probably several years as an early band for us that a lot of bombs went off because we were walking toward a minefield,” Hein said. “We maybe weren’t honest enough with each other about the things we were struggling with. We didn’t plan on being in a band — that wasn’t our story.”

One of their songs, “Scars,” speaks to the personal pain of their pasts, and God has used the song to reach people, Hein said.

“That was a song that was really just very honest about the places that we have been and facilitated an opportunity for us to start speaking about our personal testimonies,” Hein said.

A lot of Christian bands are willing to share up to a point but don’t want to go past that, Hein said. “I just think God specifically challenged us to open up about our testimonies.”

Their honesty about their own challenges has given fans “a sense of permission” to open up as well — to let the light in, which has been very rewarding, Hein said.

“I don’t want to be the band that’s just shiny and squeaky clean that people can’t relate to. … I just want to be real, and I want to be open and honest and available for people to go, ‘That’s me … or that’s my story right now.’

“Maybe they’re in that transition, and God’s getting ready to meet them. We can be a vehicle to help make that connection.”

Catch them on tour

And to those wondering if God is calling them to something different, perhaps something bigger than they ever imagined, Hein has this advice.

“I would say, ‘Get on your knees before Him and offer yourself as an open vessel.’ It might look like sacrifice, but guess what? That’s the story of Jesus — ‘Not my will but Yours be done.’ That’s the time we uncover and grow that seed of faith that He puts in us.”

I Am They will be part of Winter Jam 2022. For more information go to www.jamtour.com.